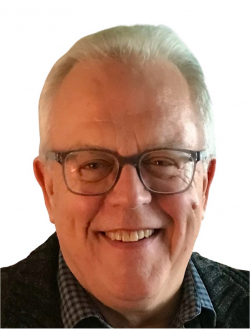 Peacefully at home, surrounded by his loved ones, Richard Denis "Dick" Bird died on August 2, 2022, aged 70 years. Born in London, England to his late parents Joan and Leonard, Dick emigrated to Canada in 1975, and lived in Edmonton and Toronto before settling in PEI. He was the beloved husband and "partner-in-crime" of Margot Rejskind. Dick was a proud and loving father, and friends could count on regularly hearing about the exploits of his children Rachel (Bill), Daniel (Alicia), and Audrey. He is survived by his brothers Peter (Sarah), and Simon (Sue), as well as numerous nieces and nephews. He will be especially missed by his mother-in-law Gillian Bramwell. Throughout his long career at Tandem Computers, HP, and other companies, Dick collected many friends around the world, and there was little he enjoyed more than sharing a drink - be it coffee or beer - and a conversation with friends. Dick was also an enthusiastic choral singer, master gardener, puzzle solver, beer maker, cryptic crossword devotee, cat lover, and a life-long learner who took courses in world history, philosophy, winemaking, astronomy, and quantum physics, among others.

Details of a public Celebration of Life will be announced at a later date. If so desired, donations may be made to the family at https://gofund.me/00f2487b, or to the Canadian Cancer Society.