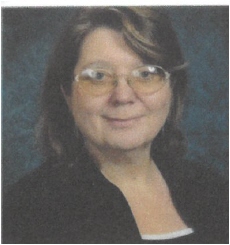 Betty Wilcox of Stanhope PEI passed away peacefully on Thursday, July 7th at Queen Elizabeth Hospital, Charlottetown after a long battle trying to recover from a massive heart attack, she had suffered in early May that had left her with only 20 percent heart function. She had just turned 72 on June 24th and had hoped for many more creative and fruitful years on her adopted island home.

Predeceased by her parents, Johannes and Jantina Mensink, she is survived by her husband, John Wilcox, sister, Maryke Mareti , brother, John Mensink, partner Catherine Ostell and their daughter, Jessica Mensink. Betty was an aunt to John’s sister, Cathy’s children, David and Laura, and a great aunt with the births of Henry by Laura and later Mavis by David’s wife, Kandas. She leaves behind numerous cousins, both here and in the Netherlands and Betty made innumerable friends as she journeyed through her life.

Born in the Netherlands in the aftermath of WW2, Betty along with her parents and sister arrived in Ontario, Canada and over time adapted to a different way of life. She spent her adolescent years and young adulthood in Kitchener-Waterloo where she met her future husband, John. They married in July of 1971.

After John’s college graduation, the couple moved to Victoria on Vancouver Island and settled in for a 14 year stay. The University of Victoria proved to be exactly right for Betty. She blossomed and in 1984 she received Bachelor of Arts degrees in both History and Art History. She received her Bachelor of Education degree in 1989.

Economics precipitated a move back to Ontario shortly thereafter but after two years there and dealing with another economic downturn, Betty managed to land a teaching job in Yellowknife, NWT and off they went. This move allowed Betty to thrive in all aspects of her very visual world and she threw herself into every challenge and thrived: Teaching, Painting, Illustrating, Murals on buildings, Murals in the school, decorated garbage bins, Fibreglass Ravens, Talent shows, Art shows, Department head for fine arts, many awards and too many more projects to list. These were vibrant years for Betty.

Unfortunately, a confrontation with some unruly students resulted in her being physically slapped and consequently her mental health started to deteriorate with PTSD and major depression also started to manifest. She valiantly tried to carry on, but it became too much for her to handle and she was placed on long term disability leave. In 2010 she and her husband moved to Stanhope PE and their new-built home.

By the time Betty arrived in PEI, she was battling deeper bouts of depression and was desperate for some professional help. With persistence she was able to find a psychiatrist in the person of Dr. Benjamin Spears, whom she credited with saving her life. Together they successfully held Betty’s demons at bay throughout her nearly 12 years on PEI.

These years on PEI were filled with activity and a determination to get on with her life. Despite being hampered by a tremor from her Parkinson’s disease, she was still able to produce some wonderful artwork, share her skills with others, took art classes and had become part of PEI’s art community.

Betty also immersed herself in Christian meditation, spirituality, chair yoga, Christian retreats and social activism through her membership in the council of Canadians, participation in the proportion representation movement and her NDP party membership. She enjoyed her life on PEI and looked forward to further embracing east-coast living with its’ ever-changing weather, lush forests, wildlife, quant villages and coastline.

Betty was a visual artist, she was a teacher, she was kind, she had a big heart, she wanted to see fairness prevail, she loved animals, she was one of the nicest and most thoughtful people you could ever ask to meet. She will be missed.