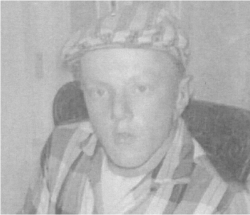 Resting at the Hennessey Cutcliffe Charlottetown Funeral Home. Due to current restrictions there will be no visiting hours. A private funeral service by invitation only will be held in the funeral home chapel on Friday, January 14th at 11:00 a.m.

If so desired memorial contributions may be made to the Association for the Hearing Impaired or a charity of choice. On-line condolences may be made at www.islandowned.ca.