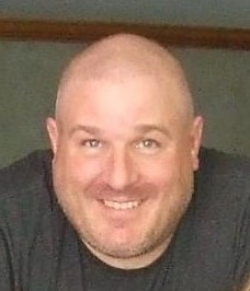 It is with great sadness that the family of Kevin Peter Langille announce his passing on Friday, September 10, 2021, at age 50. Kevin, a resident of DeSable PEI, was the beloved husband of Sarah Elizabeth Fisher. He was also a devoted and loving father to Grace Anwen and Bridget Eilidh.
Kevin is survived by his parents Trish (nee Drake) and Bob Langille of Northport PEI; his brother Rob (Kathy) Langille of Kitchener ON; nieces, Connie Poot-Langille and Ainsley Langille; nephew, Hunter Langille; mother-in-law and father-in-law Barb and John Fisher of St. Andrews NB, and many aunts, uncles and cousins.
Kevin was born in Guelph ON on 26 February 1971. On 19 December 1997 he married his sweetheart in a candlelight service at Conrad Grebel College Chapel at the University of Waterloo. Five and a half years later they welcomed their first daughter, Grace, followed by Bridget two years later.
In 2014 Kevin, Sarah, and the girls decided to go on an adventure. They left their jobs, sold their house in Alma ON, and moved to Prince Edward Island. They lived in Pownal PEI, Crapaud PEI, before finally settling down in DeSable. Kevin eventually ended up working at Meyer Canada, in Charlottetown PEI, as a forklift operator.
Kevin loved watching comedies (Corner Gas was his favourite show). He loved old Kung Fu movies, the movie Waking Ned Devine and the board game movie, Clue.
He loved music, especially Blue Rodeo, Weird Al, and road trip sing-alongs to Veggie Tales classics (Oh Where is My Hairbrush?).
He especially loved Family Game Night with Sarah, Grace & Bridget, playing all sorts of games: Clue, Munchkin, Love Letter, UNO, Dungeons & Dragons, and Hogwarts Battle, to name a few. A visit with his Mom and Dad often included a game of poker with the high stakes of bragging rights.
Kevin always had a book on hand. He especially loved Robert Aspin’s "Myth Adventure series", and anything by Charles Dickens or the Bronte sisters.
Although he wasn’t a "green thumb", Kevin loved roses and planted his own rose garden. Wherever they lived, he always wanted to plant as many fruit trees as they could afford: apples, plum, cherries, peaches, currents, and pears.
Kevin was a member of the North Tryon Presbyterian Church and he was baptised in the Northumberland Strait, along with his daughters, only a few years ago. His faith has taken him home to stand alongside his Creator… and we will someday join him. Until then, we live with wonderful memories of a devoted husband, a loving father, a cherished brother and uncle, and a faithful son.

Due to current restrictions, a private funeral service will be held at the North Tryon Presbyterian Church (by invitation only) on Wednesday, September 15th at 10 am. Interment will follow in the Church Cemetery for family only.

In lieu of flowers, memorial contributions may be made to an Educational Fund for Kevin's daughters, Grace and Bridget, or to a charity of your choice. E-transfers can be made to: [email protected]

Arrangements have been entrusted to the Hennessey Cutcliffe Charlottetown Funeral Home. Online condolences may be made at www.islandowned.ca