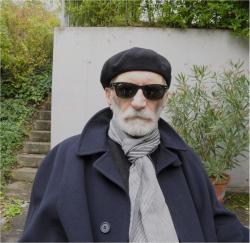 Brian Burke was born on August 5th 1952 in Charlottetown, son of the late Charles and Gladys (Mullins) Burke, youngest brother of the late Charles (Sonny), Jack (Pooch), and Robert (Bob). There are wonderful memories from growing up in the house 111 Pownal Street, playing in the neighborhood and Victoria Park, swimming on the wharf and ice skating on Government Pond. Friendships were always of great importance to him. He drew and painted as long as he can remember and played as drummer in bands. He loved music and jazz. He attended the design program at Holland College and one semester at Nova Scotia College of Art and Design in Halifax. A ferocious eclectic reader, Brian Burke developed his own unique approach to mostly figurative painting - He received support from the Canada Council for the Arts and spent a year painting in New York, where he met his wife Judith Scherer, originally from Switzerland. They lived in Dalvay in the National Park, above the Hillsborough River in Cherry Hill and on the Harbour Cove in Murray Harbour. In the last 6 years he divided his studio between Murray Harbour and Lucerne Switzerland. Over the years his paintings were exhibited in private and public galleries in Canada, the US and Europe. He is a member of the Royal Canadian Academy of the Arts. His work is in public, corporate and private collections, including the permanent collection of Confederation Centre Art Gallery, TD Trust, the Bank of Nova Scotia, the Canada Council Art Bank. Brian Burke died in Murray Harbour, December 19th 2017.

The funeral mass will be held on Friday, December 29, 2017 at St. Dunstan’s Basilica at 10 a.m. Interment later in Murray Harbour Cemetery.

If so desired, memorial contributions may be made to the Island Nature Trust (Land Purchase).

On-line condolences may be made at www.islandowned.ca