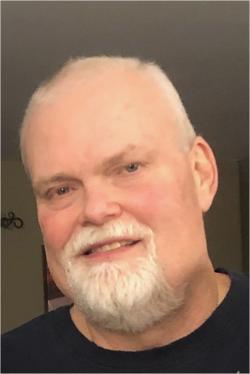 Mark Jeffrey Waite
1958-2021; South Farmington, Nova Scotia formerly of Toronto, PEI and Lake Echo. It is with extreme heartache that we announce the passing of our dear husband, dad, brother in law, uncle, grandpa and friend, after a short illness to cancer on Thursday, June 3, 2021. Mark was the only son of the late Nancy Waite (Royale), (Toronto) and Bill Waite (Toronto).
Mark was all about his love for family and friends. Mark enjoyed the Toronto Maple Leafs, Toronto Blue Jays and since moving to Nova Scotia loved doing craft brewery tours throughout the province. Mark had a great love for music and there wasn’t a song he did not recognize on the first couple of notes, he enjoyed his Saturday night beer, eclectic music and bonfires with his dog Jagger beside his side.
Mark is survived by his wife Sue Collings-Waite, daughters Tracy Wedge (Danny) Anglo, Taylor Waite (Tim) Halifax, sons Matthew Waite Dartmouth, Chris Collings Porters Lake, and Kirk Collings Porters Lake. Grandpa to Keirsten, Tamara, Brooklyn, and Parker.

Resting at the Hennessey Cutliffe Charlottetown Funeral Home where a visitation and funeral service will be held later. In lieu of flowers donations can be made to your local hockey association or veterinarian. On-line condolences may be made at www.islandowned.ca.
And as Grandpa Waite would always say "Who Loves Yah"!