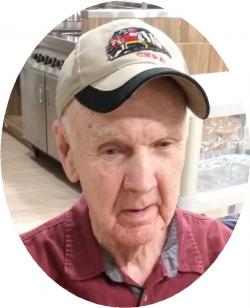 Billy was supported and loved by friends and the excellent care givers at the Mount Continuing Care Community.

No visiting hours by personal request.

Due to current restrictions, a private ( invitation only ) Funeral Mass will be held at the Chapel of the Mount Continuing Care Community. Interment later in the Roman Catholic Cemetery, Charlottetown.

The Funeral Mass will be ready for public viewing on Thursday, April 8th at 1 p.m. by visiting Billy’s obituary at www.islandowned.ca

In lieu of flowers memorial donations may be made to the Alzheimer Society of PEI.

William Stephen ( Billy) Burke was born in Charlottetown on June 12, 1938 to Karl and Mary Burke. He received his early education in the city schools and continued on to the Provincial Vocational Institute where he mastered the welding trade. Upon completion of his course Billy worked in his fathers welding shop and also travelled to Halifax where he worked on some of the first high risers that were built and climbed the girders with no fear. He returned to P.E.I. where he worked for various construction firms welding till his retirement. Billy never married and has no children, and was a solitary sole. He loved sports and was a big fan of baseball, golf and harness racing but his great passion was hockey. His team was Montreal Canadians and he could give you the stats on all the players in the league. He loved to walk and put in at least five miles a day each day usually ending up on the waterfront where he enjoyed seeing the tourists and the cruise ships come in. Billy was a great supporter of his mom and dad in their declining years. Billy was a man of few words but when he smiled he lit up like a candle.

Funeral under the direction of Hennessey Cutcliffe Charlottetown Funeral Home. Online condolences may be made at www.islandowned.ca