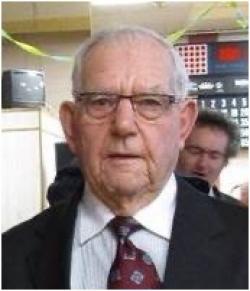 Peacefully at the Mount Continuing Care Community on Monday, February 10, 2020 of Winston Judson of Charlottetown, Veteran of the Second World War age 94 years.

Resting at the Hennessey Cutcliffe Charlottetown Funeral Home from where the funeral service will be held on Friday, February 14th at 10:30 a.m. in the Funeral Home Chapel. Interment later in the Roman Catholic Cemetery. Visiting hours will be held on Thursday February 13th from 4:00 to 8:00 p.m. Charlottetown Branch #1 of the Royal Canadian Legion will hold a Veterans Tribute Service at the funeral home on Thursday at 3:45 p.m.

If so desired memorial contributions may be made to Tremploy. On-line condolences may be made at www.islandowned.ca