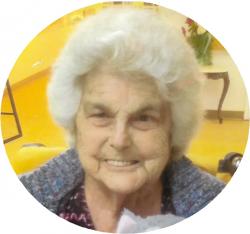 Resting at the Hennessey Cutcliffe Charlottetown Funeral Home until Friday, then transferred to the Church of the Most Holy Redeemer for Funeral Mass at 10 a.m. Interment later in the Roman Catholic Cemetery, Charlottetown.

Members of Branch #1 of the Royal Canadian Legion will hold a Veteran's Tribute Service at the funeral home on Thursday at 5:45 p.m.

If so desired, memorial contributions may be made to the Royal Canadian Legion-Branch #1.

Thank you to the staff of Whisperwood Villa for the great care that was given to Bea and the kindness and support given to her family.