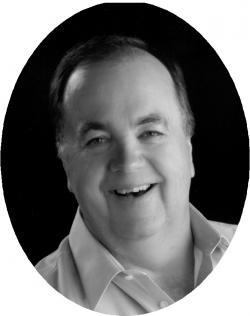 It is with heavy hearts we announce the death of Keith Thomas Cooper, age 68 years, of Charlottetown, PE. Following a recent terminal illness diagnosis, Keith passed away suddenly at his residence, with his beloved wife Annette (nee Richard) by his side. He will be deeply missed by his sons, Marc (Maria Kereshi), and Aaron (Lisa Walsh). He will be lovingly remembered by his grandchildren, Luka and Mila Cooper. He is survived by brothers, John Cooper, and Donald (Donna) Cooper; sisters-in-law, Phyllis Duguay, and Lucille (Leandre) Leger; many nieces and nephews; and last but not least, his loyal Westie, Jasper.
He was predeceased by his parents John and Anna (nee Thomas) Cooper, brother James "Jimmy" Cooper; and brother-in-law Norman Duguay.

Keith was a proud public servant with 33 years of federal service. He spent his retirement on many passions, most noteworthy, his love and curiosity of the sky. He founded the Sidewalk Astronomers of Charlottetown group, promoting his love of astronomy to the general public. Keith’s favorite location to take his telescope was the Victoria Park Boardwalk, where he found joy giving people the chance to discover the night sky, often for the first time. A life-long learner and avid reader, Keith enjoyed sharing his knowledge with others.
Keith’s proudest endeavor was raising his two sons, and the life he made with his wife. He was actively involved in his sons’ lives, participating in their sports interests through coaching, travelling, and watching games together. Keith was a fan of the New York Yankees, the Toronto Maple Leafs and Nascar racing. His love and authenticity will be deeply missed.
"If people sat outside and looked at the stars each night, I bet they would live a lot differently." – Bill Watterson

No visitation or funeral service by personal request.

A private family interment will be held at a later date.

If so desired, memorial contributions may be made in Keith’s name to PEI Home Care Palliative Care Program or the Queen Elizabeth Hospital-Oncology Unit.