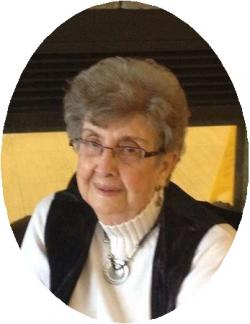 Peacefully with her family by her side at Beach Grove Home on Saturday, August 10, 2019 of Ruth MacKay of Charlottetown in her 100th year.

Resting at the Hennessey Cutcliffe Charlottetown Funeral Home from where the funeral service will be held on Tuesday, August 13th at 11:00 a.m in the Funeral Home Chapel. Interment in New London Cemetery. Visiting hours on Monday, August 12th from 4:00 to 7:00 p.m.

If so desired memorial contributions may be made to New London Cemetery or Diabetes Canada (PEI). On-line condolences may be made at www.islandowned.ca.