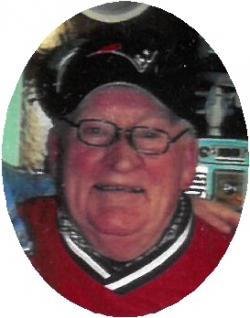 The death occurred on Monday, December 31, 2018 of Ronald S. MacDonald at Brigham and Women's Hospital in Boston Mass. At the age of 74.

Ronnie lived in Dedham, Mass., and worked at Roach Bros. for years. He retired the first of November, 2018 and was looking forward to relaxing, travelling and spending time with family. Ronnie looked forward to his baseball trips all over the USA as well as trips home to PEI. He was a very kind, generous, funny and social person. The trunk of his car was always full of gifts for everyone. His joy was to see people happy. Ronnie was born May 24, 1944 in Charlottetown, PEI. He resided in Peakes until the age of 18, then moved to Boston  Mass.

Transferred from the William J. Gormley Funeral Home in West Roxbury, Mass. to the Hennessey Cutcliffe Charlottetown Funeral Home for visiting hours on Friday, January 11th from 5:00 to 8:00 p.m. The funeral will be held on Saturday, January 12th with funeral mass from St. Cuthbert’s Church, St. Teresa at 10:30 a.m. Interment in the Church Cemetery.

On-line condolences may be made at www.islandowned.ca.